Light is a luxury. But we don’t think of it that way, because we just expect it to be there. We tap a switch on the wall or say to our digital assistant: “Alexa, light!” And the light just turns on. But it’s only been about 140 years since the 1878 world's fair in Paris was lit for the first time with electric carbon arc lamps.

It took another year before Thomas Alva Edison invented the light bulb, which was affordable enough for private households, and another 30 years after that before it made its way into the majority of homes. In the year 1910, just 10 percent of all households in Germany had electricity.

And at that point, many people looked at this illuminating invention with skepticism. People suspected that electrical light might be harmful to their health because it was too glaringly bright in comparison to the cozy warm — and accustomed — candlelight.

Nowadays, the number of different electric light sources are nearly innumerable. We know which light has which effect on our moods, and we can dim it, direct it, color it, or make it blink and flash.

There have always been people who have designed with light: stage lighting technicians, architects, interior designers, photographers, videographers. And: neon sign manufacturers!

Advertisers were the first to recognize that light could be used for communication. The first neon sign in Germany, for Malton wines, was put up in Berlin’s Spittelmarkt.

The first electric traffic light in Germany was installed in 1925 in Hamburg in Mönckeberg Street, on the corner of Glockengießerwall. 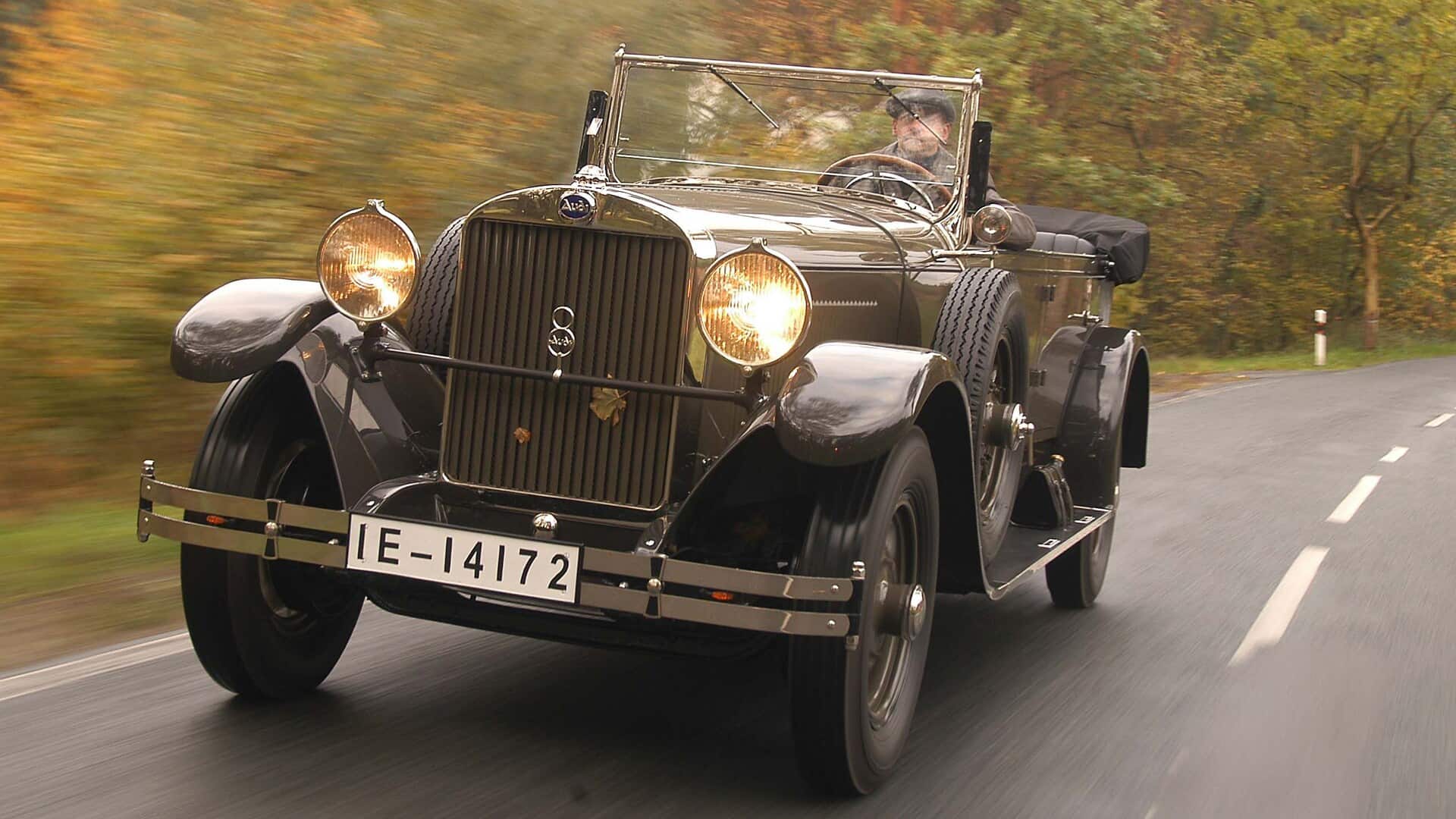 Of course, cars already had lights at that point. In 1913, generator-powered Bosch lights replaced the gas-powered carbide lamps. They not only served to illuminate the road but also signaled to other drivers: look out, here I come. And that hasn’t changed in the last 100 years.

Audi headlights communicate with the environment

What has changed is the quality and flexibility of the light. Whereas the Bosch light from a hundred years ago could illuminate a few meters of the road, modern headlights can shine up to 600 meters with the help of matrix and laser technologies. And they are extremely targeted: oncoming cars are automatically recognized; the headlights are dimmed accordingly.

In the Laser Spots by Audi, this is made possible by hundreds of thousands of tiny mirrors that are organized much like the individual eyes (ommatidia) in the compound eye of a dragonfly. The difference to the dragonfly eye is that every one of these micro-mirrors can be individually controlled. When sensors recognize an oncoming car, lighting from the matrix laser literally shines around the vehicle. The driver isn’t blinded, yet the road is still ideally lit at all times.

And Audi takes it a step further. In the Lighting Assistance Center in Ingolstadt, lighting is seen, more than ever, as a medium for communication and information. There, vehicles that communicate with pedestrians are no longer a futuristic idea — they are reality. The high-resolution lights allow information to be projected onto the street like a video projector. So the car could, for example, make a polite and well-lit request for a pedestrian to cross the road.

In the future: lighting design that adapts to the driver

It gets even crazier when you consider the possibilities offered by the new OLED coating. That is, to put it simply, an electric paint made of organic material. It is applied in a thin film and allows surfaces to be illuminated using electric voltage.

In the future, the family car could have a different lighting design for each family member: the sons want something sporty, while the father chooses a straight-laced look for his business appointments and the daughter lights everything up in pink.

It will take some development time before we get to that point and, of course, lawmakers want to have their say before we all go rolling through the city in our driving balls of light.

The sketch shows the lighting design for the Audi e-tron Sportback concept. The eye’s lighting design can be roughly divided into three components: the projection surface beneath the hood — it serves as a daytime running lamp. The digital LED matrix beneath it — this shows the e-tron signature on the showcar. And the projection model below, which can shine writing onto the street.

But, by that point, maybe our cars will all be driving themselves, and we can just look out the window and enjoy the rolling street gallery of illuminated vehicles, while we are safely chauffeured to our next destination.